Tractor Parade undertaken in the state In support of farmers’ protest: Badagalapura Nagendra Karnataka State Farmers ‘Association president Badagalapura Nagendra said that the farmers in Karnataka would hold a tractor parade this year in Bangalore on Republic Day to support the farmers’ protests opposing the farm bills in New Delhi.
He was participating in a dialogue held at the Gandhi Bhavan on Sunday by the Jagruthi Karnataka Organization.
“Farmers in Delhi will hold a tractor parade as an alternative to the Republic Day Parade. A demonstration to display farmers’ strength will also be held in Bangalore, but in preparation for that event, before that, we will be conducting an open dialogue on the new farm bills on the 16th of this month in Bengaluru”, he said.
“The three controversial agricultural laws are not only against the interests of the farmers, but also pose a challenge to the country’s republic. The farmers have undertaken a responsibility to protect our nation’s republic and are working towards it. On this issue, all those who care about the country must join their hands”, he requested.
Tamil Nadu’s farmer leader Selvamuthu said that the new laws were on a path to enable the multinational companies to enslave the lives of the farmers.
Vice-President of the Hyderabad Karnataka Horata Committee, Razak Ustad said, “The telecom is yet to adequately support the farmer from North Karnataka and neighbouring regions, which is suffering from drought”, he lamented.
Dr. H.V Vasu of the Jagruthi Karnataka Organization said, “Although rural Karnataka is caught in severe economic hardship, the state and central government have displayed a negligent attitude and not rendered help. The farmers’ movement needs to be strengthened against this. The state requires large-scale financial assistance from the central government. In this regard, Jagruthi Karnataka will launch a series of programs”, he said. 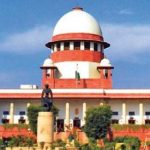