NEW DELHI: Under new rules, meat from India no longer needs to be certified halal – following Muslim rules – before it is exported.
The recently changed requirement is expected to end the domination of India’s minority Muslim community on the meat business, as authorities bowed to a longstanding demand of right-wing outfits and some NGOs who argued that a secular country like India should not endorse strict religious customs as demanded by Islamic clerics and bodies.
Halal rules include an Islamic-approved way of slaughtering animals, while Jhatka is a non-Islamic method.
Change in official manual
India’s Agricultural and Processed Food Products Export Development Authority (APEDA), under the Ministry of Commerce and Industry, removed “halal” from its manual on red meat. The authority is a top government body responsible for promoting farm product exports.

“All animals are slaughtered according to the Islamic Shari’a under the supervision of Jamiat-ul-Ulema-e-Hind. The certificate is given by the Jamiat” group of Islamic scholars, said the authority’s previous manual.
But the new manual states: “The animals are slaughtered according to the requirement of the importing country.”
The change was made on Jan. 5. Until then, halal was an important condition for exporting meat, and Indian exporters could export only halal meat to meet the requirements of majority-Muslim countries. The APEDA said the government does not require only halal meat be exported. However, it is a prerequisite of many countries that import meat.
The authority explained that halal certification agencies are approved directly by the respective importing nations and that no government agency plays a role in issuing halal certificates. This move may end domination of Muslims in Indian meat sector, say analysts

(Except for the headline, this story has not been edited by Prasthutha staff and is published from Muslim Mirror.) 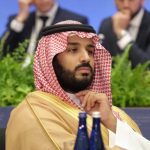 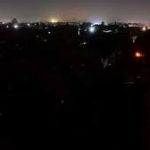